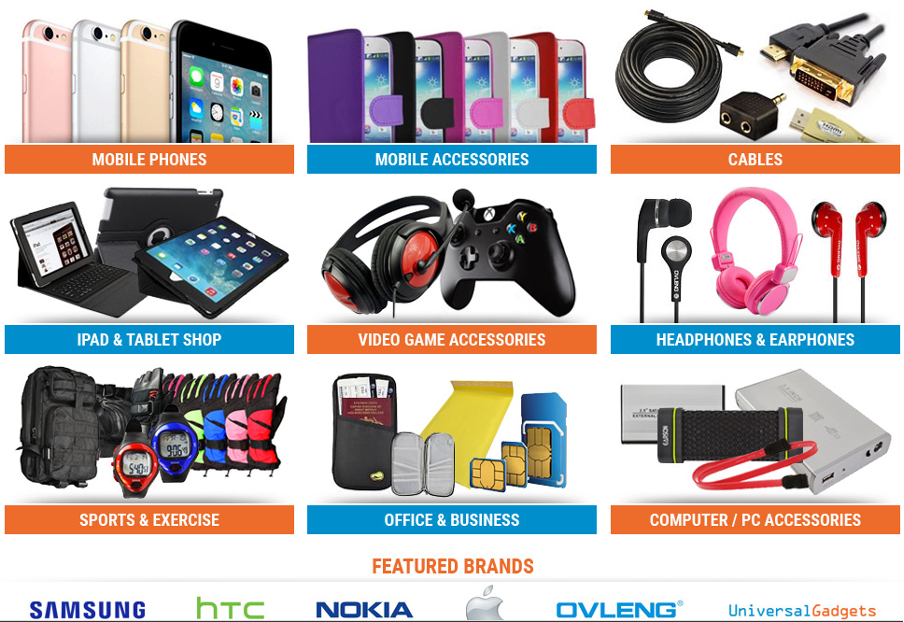 Universal Gadgets had the mammoth task of reinventing the way they handled their online orders and stock control, with a huge business such as Universal Gadgets, timing and accuracy is key as the popularity and rate of sales if interrupted could have disastrous effects on their orders.

They wanted help to take their massive database of product information and SKU’s and implement proper stock control and automation features that would ultimately help them sell more. As well as improving customer satisfaction across many different selling channels such as eBay, Amazon and Play.com to assert themselves as one of the top contenders on those marketplaces.

With a company that processes large amounts of orders such as Universal Gadgets, they had a number of courier services and integrations to consider when implementing their products. Not only this but they required the system to be implemented during a peaceful period, requiring some late nights from the Pitaron Team.

We implemented their selling channels and online stores together in one single location allowing them to accurately and precisely control their huge order workloads using simple, automated rules for their most time consuming processes such as processing orders, custom dispatch emails, shipping assignment and label printing for couriers.

Couriers such as Royal Mail and DPD are now auto-assigned to orders using a custom rule set, leading to large savings and ROI on accurate postage costs. More time is time saved by allowing orders to processed in bulk, scanned and packed for shipping with a lightning fast turnaround. Once we had setup the system we collected key members of the Universal Gadgets team trained them in-house at their place of business to be able to handle the new system as if they were Pitaron pro’s themselves.

Universal Gadgets required Linnworks to be customised to fit their order fulfilment processes and needed it to run like clockwork. This meant customisation of existing Linnworks processes such as label printing and volume to fit perfectly into the organisations process flow, with the creation of custom scripting to change the way labels were printed and added pick lists alongside them to speed up and ensure the business practices of Universal Gadgets remained unchanged for a seamless transition when we went live.

“I could not speak highly enough of Pitaron and would strongly recommend anyone changing or starting Linnworks to give them a call” – Jordan Humphries, Universal Gadgets

With orders now being processed with automation and proper stock control the gargantuan task of printing orders for packing, processing them individually and assigning troublesome orders for manual review has been addressed. Potentially saving the organisation hundreds of man hours per week on repetitive manual tasks.

After supporting them past their live launch we have continued to work with universal gadgets on optimisations and improvements as their business model requires changing and finetuning to compete with the top sellers online. Before using the system on eBay they were one of the first UK companies to have over 1 million positive feedback. Since going live they have smashed this milestone and have been able to double it in half the time, now sporting a positive rating pushing to over 2 Million+ positive feedback ratings on ebay.

Expertly trained users spread over a number of in-house training sessions they are able to adjust and manage their new system as well as train new members of staff and this allows them to keep up with potential staff turnover and knowledge retention.

“Since our Linnworks integration we have also hired Pitaron for other work to be carried out, as they always work to our deadlines and seem more like part of the team rather than an external company” – Jordan Humphries, Universal Gadgets.

Enter your email below to subscribe to our newsletter and get updates on the latest company developments.

See other success stories of our clients